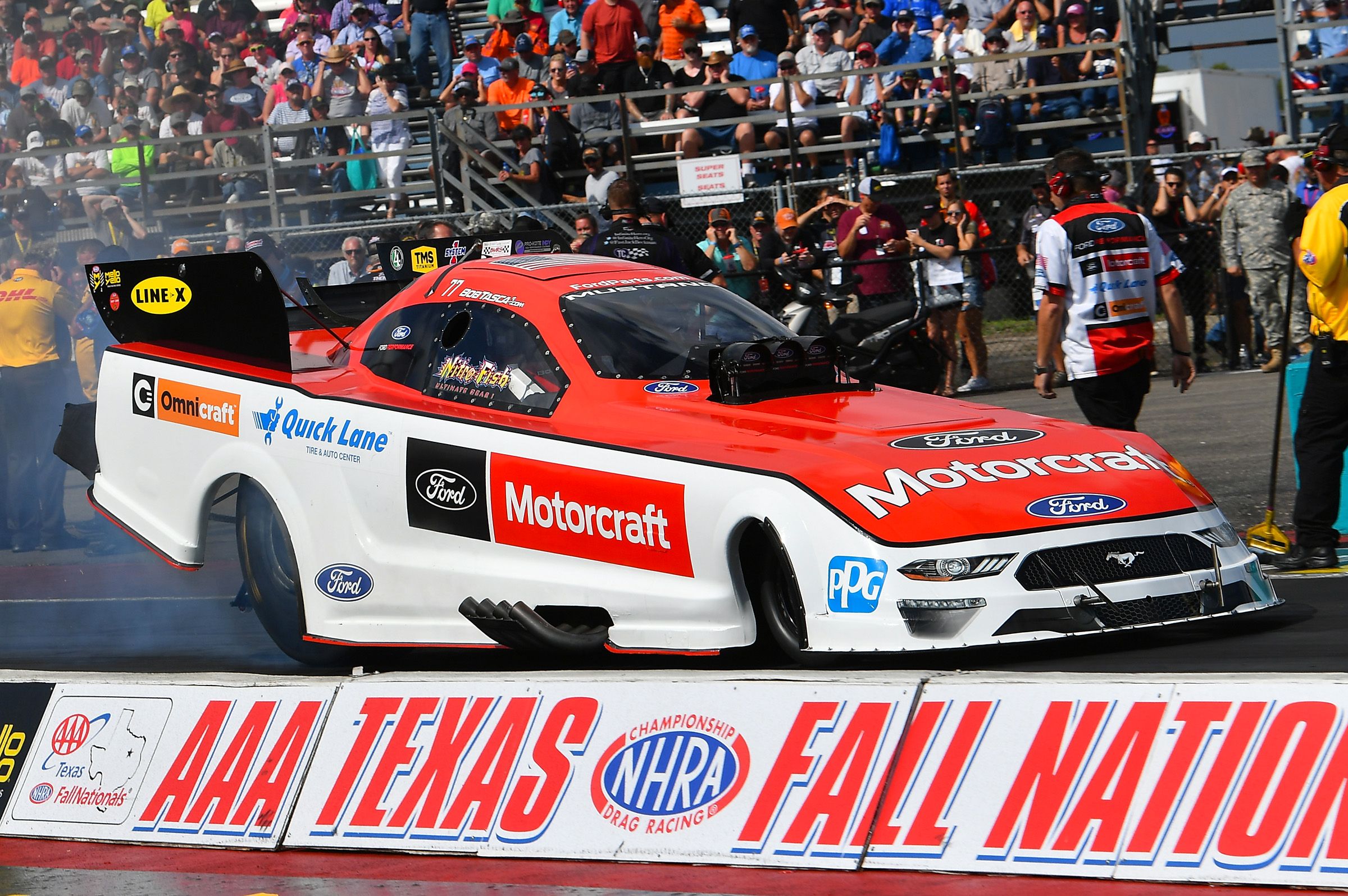 Bob Tasca III & LINE-X Show Fans How Two Legendary Brands Formed a Fast, Winning Partnership – On and Off the Track

What an exciting time to be a LINE-X fan! When two big names like LINE-X and Bob Tasca III team up, you’d be hard-pressed to not pay attention. LINE-X’s success in protective coatings and world-class truck accessories are a perfect fit for a high-caliber NHRA race team like Tasca Racing. If you're dialed into the professional drag racing scene, you'll know that Tasca not only is a third-generation driver of the legendary NHRA drag racing team that bears his name, he’s also the grandson of legendary drag-racing innovator and driver, Bob Tasca Sr. What’s more, Tasca is also the vice president of Tasca Ford, one of the largest and most successful Ford dealerships in the nation.

The Tasca Racing team selected LINE-X as one of their official partners as they entered the 2018 annual NHRA Mello Yello Drag Racing series and now, in the heat of the 2019 season, Tasca and LINE-X are both going fast and achieving success both on and off the track. At every round of competition, Tasca III runs his 10,000-horsepower Ford Performance Shelby Mustang Funny Car at 300+ miles-per-hour knowing that LINE-X is ready for those kinds of speeds. Although LINE-X is not actually sprayed on his funny car, Tasca III knows the protective coating could easily handle that level of intensity. After all, making a quarter-mile pass at more than 300 mph is bound to leave a scratch or two. Tasca is a top competitor in the NHRA Mello Yello Drag Racing series, which is referred to around the world as the top drag-racing competition on the planet. LINE-X and Tasca Racing entered a multiyear partnership and together, they line-up on race weekends and work together to bring victories to the coveted 10,000-horsepower Ford Performance Shelby Mustang Funny Car.

Tasca knows a great company when he sees one. Because he identifies with NHRA fans, many of which are naturally truck owners, he took the partnership to another level and joined the LINE-X family as one of its newest franchise owners in Cranston, R.I. He now operates his own franchise location at Tasca Collision Center, continuing the Tasca Collision Center's mantra of providing high-quality services, which include world-famous collision repair, world-class LINE-X  bedliners and Truck Gear by LINE-X first-rate truck accessories. Tasca Collision Center also offers LINE-X’s premium thin-build exterior coating, LINE-X ULTRA. The new franchise location is committed to offering the full lineup of LINE-X products and services for vehicles sold by Tasca's flagship Ford dealership in Cranston as well as the automotive group's other dealerships located throughout New England, Massachusetts and Connecticut.

“I am incredibly proud to have LINE-X as one of our race sponsors and to have the opportunity to open a LINE-X franchise as part of the Tasca dealership and collision repair organization. We are able to hand-pick our partners and I am honored to have LINE-X on my funny car and as part of our dealership group,” said Tasca III. “An added benefit is knowing the NHRA fan base consists of several truck owners and automotive enthusiasts. Now we can share these premier products with our valued customers and I’m looking forward to working with LINE-X and promoting the brand within the sport of NHRA drag racing.” Back-to-Back Victories thanks to Championship-Winning Protection

Tasca’s relationship with Ford continues to support his racing team by providing anything it needs to win championships in the NHRA Mello Yello drag racing series. Earlier this year, Tasca took home its first win since 2012 in the Funny Car Wally series at the NHRA Thunder Valley Nationals defeating NHRA legend John Force. The winning 4.008-second pass at 316.23-mph solidifies Tasca’s return to drag-racing competition with the help of its partnership with LINE-X and backing from Ford.

"I knew it was going to be a slugfest against Force. I thought he was trying to run me out of Nitro up there, but I guess he was having problems up there," Tasca said. "I love racing him. That was one of the biggest career wins for me simply because Ford came back to NHRA. I told them when I came back that I was going to win and I'm going to give you a car that runs for a championship."

If it wasn't enough that Tasca beat three former world champions, earning the seventh Wally of his career and fifth nitro Wally, he took home a back-to-back victory just one week later. Tasca earned yet another Wally in the final round at the Summit Racing Equipment NHRA Nationals, defeating Jack Beckman in the process. Naturally, he raced the same venerable Ford Performance Shelby Mustang Funny Car which features LINE-X branding throughout, establishing the company’s presence as a supporter of the Tasca Racing team. It’s no secret that Tasca had endured a long journey back to the winner's circle. However, that pair of back-to-back Wally victories means Tasca certainly helped Ford return to the NHRA winner's circle, and that's a fact.

"I’ve worked a lot of years to get to this place and there were days I never thought I’d get back there," Tasca enthused of his second Wally victory. "This sport can take everything from you, it can tear your heart out. I never gave up and I thank the people who never gave up on me, none more important than the Ford Motor Company." Fans of LINE-X will know that Truck Gear by LINE-X continues its commitment to expanding its product lineup with new, high-quality accessories which can be found on www.TruckGear.com. Truck owners can search for parts by year, make or model for their vehicle to find out what's available now.

The company provides an easy and convenient way to order truck parts online by visiting www.buytruckgearonline.com, where fans can order new parts and have them installed at their nearest LINE-X franchise location. Our online store gives shoppers the option to ship the accessories to a nearby LINE-X location at no charge, or to their home or business at standard shipping rates.